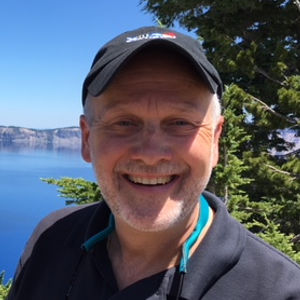 Jeff is pastor of Seventh Avenue Presbyterian Church where he has served since December 1991.

He received his Master of Divinity from Princeton Theological Seminary, Princeton, NJ in 1979 and his Bachelor of Arts degree from the University of Puget Sound, Tacoma, WA in 1975. Concurrent with his responsibilities at Seventh Avenue Church, Jeff was also spiritual director at the Lloyd Center Pastoral Counseling Service Center on campus of San Francisco Theological Seminary (SFTS), San Anselmo, CA from 1991-1995.

He left the seminary in 1995 to become the first Executive Director of Spiritual Directors International [SDI] as well as continuing his ministry to the community of Seventh Avenue Church. In June of 2002, Jeff left SDI focusing his attention on the ministry at Seventh Avenue Church. He has a private spiritual direction practice as well as being a retreat leader and conference speaker at gatherings throughout the United States as well as internationally.

Gaines is known as a liturgist and liturgical designer. For almost two decades Jeff has been the lead liturgist/celebrant for Companions on the Inner Way Retreats where he incorporates a variety of forms of art, instruments and movements into each liturgy. Since 2002, Jeff and some colleagues have been leading spiritual pilgrimages to France entitled: Portals to the Sacred.

Prior to coming to San Francisco, Jeff was Associate Pastor at the First Presbyterian Church of Monterey (1979-1991), a member of staff with the Iona Community in Scotland (1979) as well as serving as a chaplain at Trenton Psychiatric Hospital, Trenton, NJ (1977-1978). He also worked as an interpreter for world hunger with CROP/Church World Service out of the regional office in Rocky Hill, NJ (1978-1979).