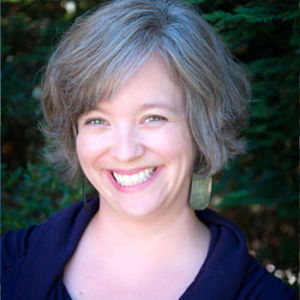 Sarah Harkness MA, LMFT is a psychotherapist and drama therapist with a private practice in San Mateo. She has worked for many years integrating the creative arts and spirituality in many different settings including traveling for 5 years with a Christian theater company, founding a performing arts group at her campus Christian ministry, and directing several theater and embodiment workshops in church and camp settings. Sarah was a missionary for the General Board of Global Ministries of the United Methodist Church from 2003-2007, where she was assigned to work with the National Plan for Hispanic and Latino Ministry. She facilitated partnerships between established local faith communities in Oregon/Idaho with growing Latino populations. Part of her current interest as a therapist is using drama therapy and expressive arts with those who have been wounded in a religious setting. She recently created and performed her own short autobiographical performance piece on that theme. Sarah became connected to Companions in the Inner Way through membership at Seventh Avenue Presbyterian Church, which she joined in 2008